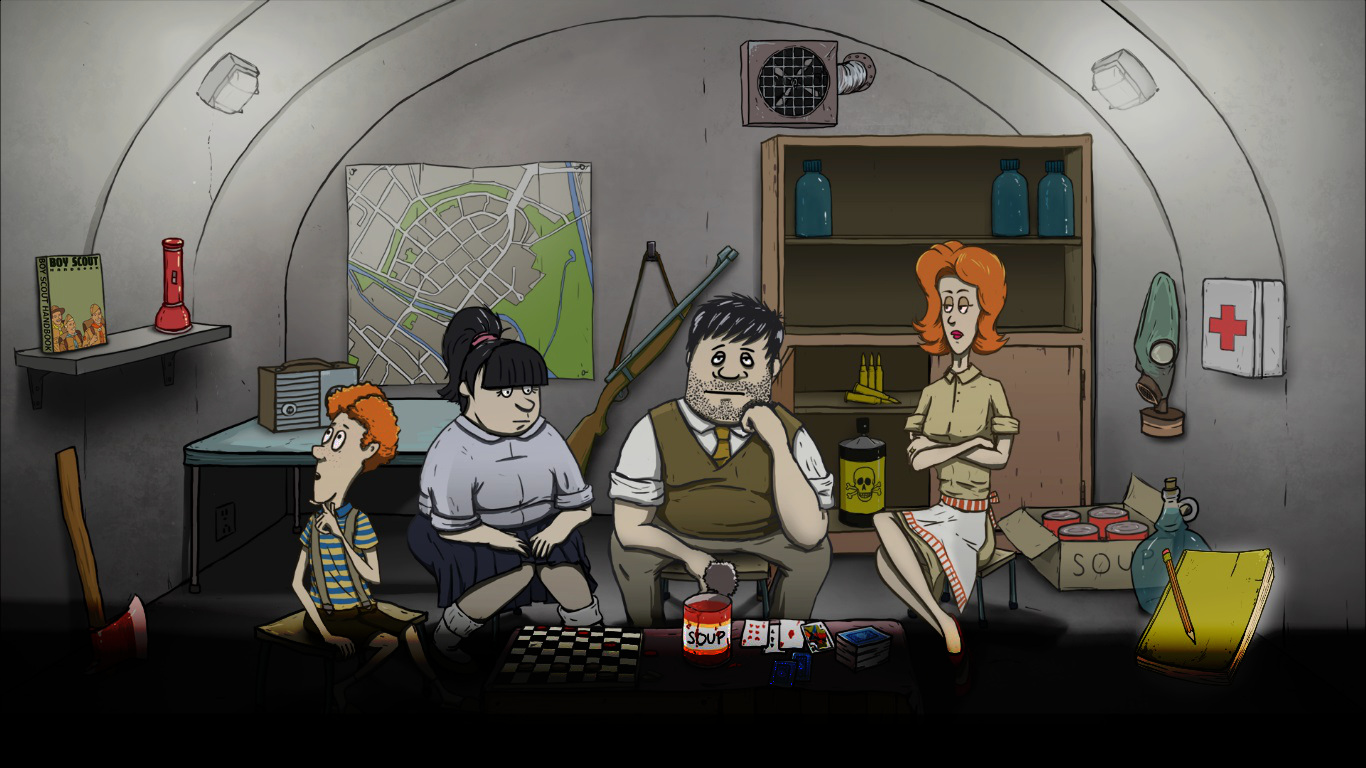 So, here are some fanmade items for 60 Seconds!

Anyways, there are some symbols.

+ - Can be bought from trading

* - Can be fixed with Boy Scout Book

Smoke Alarm- Has a 50% chance of telling you when a situation happens. *

College Book- Will keep Family members interested. This means they will not cause problems. *+

Fertilizer- Can be used in ”The Plant” situation. *+

Submit your fanmade items below!

Air Mattress- is coloured dark-blue. When in the bunker, it will show up on the bottom right. When collecting items before the nuke, the air mattress will appear deflated and rolled up, and it takes up 2 slots. When rationing supplies, if a family member is tired, an icon if an air mattress will appear above them (similar to the med kit) when selected, (crazy family members may not sleep.) The family member which it was used on will be laying on the matress the following day with a status effect called “sleeping, but cannot go out on expeditions or anything else that day, and cannot be interacted with. When preparing for expeditions, it will say “[family member] is sleeping.” Any emergencies in the bunker may hurt the sleeping family member and they will wake up hurt, (Mary Jane can become mutated in her sleep) and if they have been hungry, thirsty, dehydrated, etc, they may die in their sleep, and their skeletons will be found on the bed (for children, it will say they woke up in the middle of the night and left.) they day after they sleep, the family member who was sick will wake up, and in the notes it will say the6 have rested. A family member can also sleep if they are sick, with a 25% of waking up healed. Can be bought from a trader for a checker board or cards, and can be sold to a trader for 2 soup or 2 water. A crazy family member may break the matress. Any events where you use the axe or the gun inside the shelter (except for using it to heal wounds or shaving Ted’s beard, there is a 50% chance you will pop the The matress can be used a certain amount of times before breaking: 5-8 on Little Boy, 3-5 on Fat Man, and 1-3 on Tsar Bomba. The matress, if broken, will appear deflated with a hole in it. The hole can be patched if you have the Boy Scout book, and a repaired air matress will look like it did before, but with a square, grey patch sewed onto where the hole used to be (The hole appears on the side of the matress)

Matchbox: Can be used to cook soup. It takes 1 day to cook. Will heal sick/injured family (1/10 chance).

Note when healed: The protein was so healthy, it cured us!

What do you think?