Welcome to the 60 Seconds! Wiki

This is a wiki about 60 Seconds!; a indie-survival dark comedy game developed and published by Robot Gentleman that can be purchased on Steam for $9.99 Here, on the Nintendo Switch's Nintendo eShop for $9.99, on the Google Play Store for $3.99 and The Apple App Store for $3.99.

This wiki also contains information related to the spacebound sequel to 60 Seconds!, 60 Parsecs!; 60 Parsecs! released on September 18th and can be purchased on Steam for $9.99 here.

A great YouTube channel to watch for 60 Seconds! gameplay is Jay from the Kubz Scouts, with over 32 videos on 60 Seconds!, including different challenges, or Yippee Ki Yay Mr Falcon, who has over 41 videos and shows how to get most of the achievements and he is also fun to watch in our guys' opinions.

The following content may contain spoilers. Continue at your own risk. New users should read the Rules 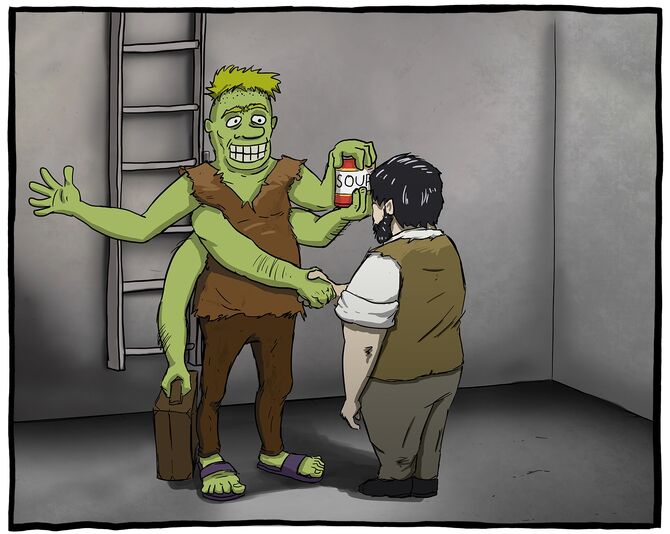 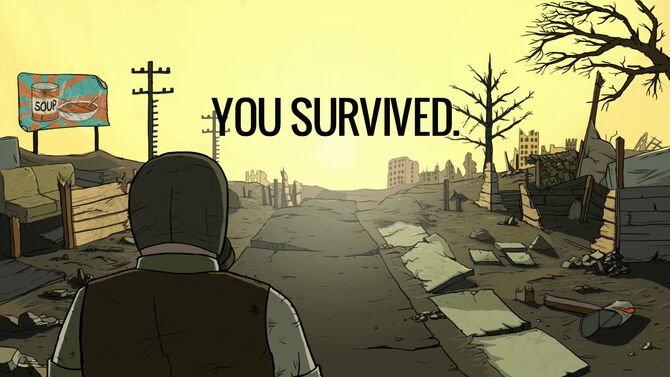 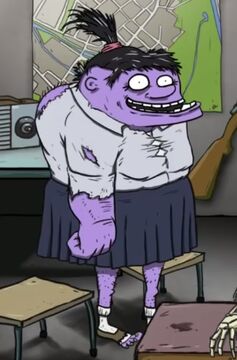 End screen if you win.

Mary Jane after getting bit by a mutant spider.

Too good to be true!

60 Seconds is an indie game in which you must survive a nuclear bomb. In the game there are four modes.

Atomic D is a tutorial mode where you are shown how to play.

Apocalypse mode is the normal game mode where you have to scavenge, and then survive in a post nuclear fallout shelter.

Scavenge mode is where you scavenge only. It is a good mode for people to practice and improve on the scavenging part, as you never lose in it.

Survival Mode is where the game scavenges for you and you just have to survive with what you end up with. The harder the difficulty is, the less supplies you get.

In the game 60 Seconds you get 60 seconds to scavenge. Whatever items (and people) you manage to get in those 60 seconds will determine your fate. If you grab nothing but Ted you will most likely die on day six, or earlier, of dehydration. Once you and whoever you chose to bring with you are in the bunker you will see a Journal in the bottom right of your screen. That book will basically tell you everything that is happening. It will tell you when you need to use supplies, feed your survivors, and what is happening around your shelter. If you send your only adult out to scavenge, you get the game over screen. Sending your only adult out to scavenge means you will not know what is happening inside your bunker, and you end up with a game over screen. If you have only a child/the children in the bunker, you end up with text that appears and disappears saying, "The End". When you finish the day, you end up with the game over screen, saying "You Perished".

The only exception to this is that you send your only adult out (with a child in the bunker) and they come back. The "The End" screen will not be activated. If it is activated on the day the adult is sent or on the days after, you get the "The End" screen, signaling that said adult is either captured, killed, has perished on the mission, or any other possible outcome.

Ted - The father of Mary Jane and Timmy. He is married to Dolores. In Scavenge mode you get to gather supplies as this character.

Dolores - The mother of Mary Jane and Timmy. She is married to Ted.

Mary Jane - The daughter of Ted and Dolores. In the game she may turn into a mutant if she is bit by a radioactive bug.

Timmy - The son of Dolores and Ted. He is proven to be the best scavenger since he comes back to the shelter quicker and scavenges more supplies.

Pancake the Dog - An unlockable dog character which is found by certain events.

Sharikov the Cat - An unlockable cat character which is found by certain events. 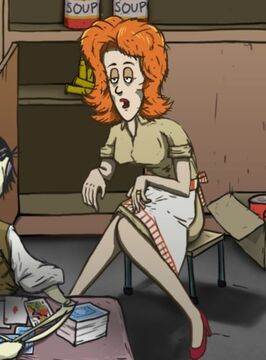 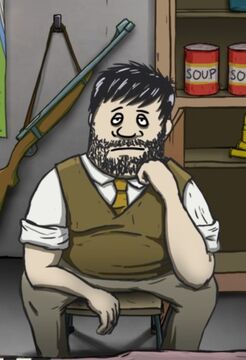 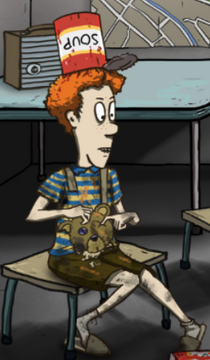 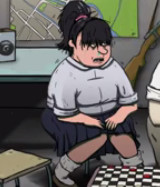 She is tired and crazy. 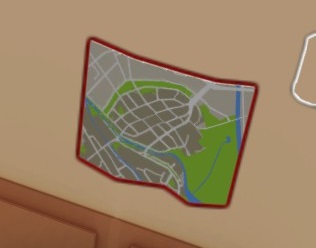 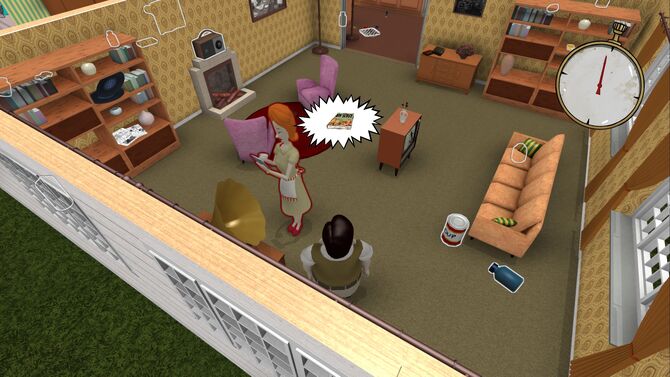 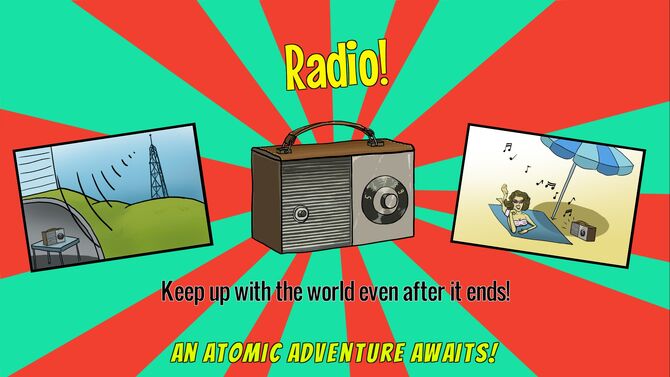 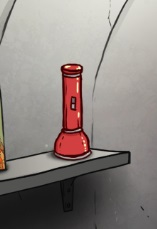 Still in the house in the scavenging phase

Photos and videos are a great way to add visuals to your wiki. Find videos about your topic by exploring Wikia's Video Library.