Note: Running away is considered a death.

In 60 Seconds!, there are a multitude of ways for family members to die or to be driven away from the fallout shelter permanently. When all family members except pets are dead or have been driven away, the game is over. Any of these events that would kill an adult would cause the children to "run away".

Causes of Dying/Being Driven Away 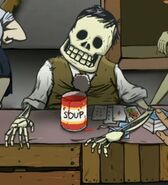 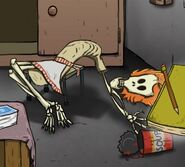 The driven away ending with the military deciding to take over the fallout shelter.

The ending where Raiders have taken over the shelter. 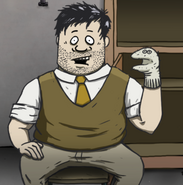 Insane Ted.
Add a photo to this gallery
Retrieved from "https://60seconds.fandom.com/wiki/Death?oldid=19043"
Community content is available under CC-BY-SA unless otherwise noted.