Scavenge Mode is one of the three game modes, alongside Apocalypse Mode and Survival Mode. It takes place in 3D, in the family's house, and has you, playing as Ted or Dolores in Dolores DLC, spending the game's eponymous 60 seconds collecting items within the house before the nuclear bomb drops.

Depending upon the difficulty level, there is a short amount of time for the player to locate items in the house before they are allowed to gather items. Little Boy gives 20 seconds, Fat Man gives 10 seconds, and Tsar Bomba has one second. you have to begin scavenging immediately.

The house has a different layout every time one plays the game; however, the small bathroom (with the toilet) and the fallout shelter are always on opposite ends of the main hallway. Every item in the game can be found in the house. Some items are much more likely to show up in certain places regularly, though--for example, Soup is usually in the kitchen, and Water bottles tend to be in the second larger bathroom, inside the tub.

The music that plays during Scavenge 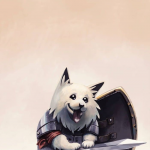